Blast from the Past

Here is an example of a mortgage blog article originally published at https://canadianmortgagesinc.ca/2008/10/cibc-shores-up-its-subprime-mortgages.html 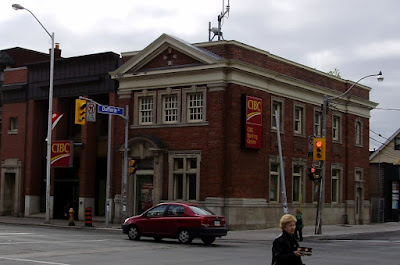 CIBC Shores Up Its Subprime Mortgages
BY Theresa McCuaig
3 October, 2008
HAMILTON — The Canadian Imperial Bank of Commerce (CIBC) is the Canadian bank that suffered the most as a result of the U.S. subprime mortgage fiasco, because it not only lent to subprime applicants, but also got involved in toxic derivatives and poor bond insurance. CIBC has had to write down $6.8 billion so far this year. Consequently, it had to raise $2.9 billion in capital this year to stay afloat.
However, the bank’s CEO, Gerry McCaughey, has been able to keep CIBC’s performance well within regulatory guidelines. Today, CIBC and Cerberus Capital Management, a private U.S. equity company, struck a $1.05 billion deal to prevent problems with CIBC’s subprime mortgages. The subprime mortgages total $1.075 billion. CIBC does not want to sell off these weak mortgages, as the consensus is they could still be profitable in the not-too-distant future.
The Cerberus deal is one example of how Canadian banks have anticipated the American mortgage downturn and taken the initiative to prevent a similar crisis here. The Toronto Stock Exchange seems to like Mr. McCaughey’s forethought: This morning, CIBC’s stock rose $2.08 per share, to $59.90. If you hold your mortgage through CIBC, you can breathe a sigh of relief this afternoon.
at September 03, 2021