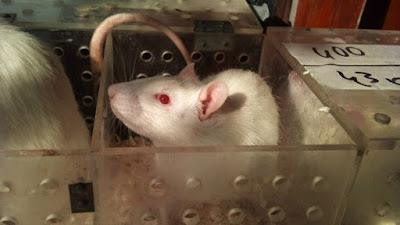 Behaviourism is a learning technique that was popular from the late 1800’s until the mid-1970’s. Behaviorism got a bad rap in the 1990’s, when actress Mariette Hartley wrote about her bipolar disorder, her father’s suicide, and family dysfunction stemming from her maternal grandfather’s applications of Behaviourism. (Hartley’s grandpa was the infamous J.B. Watson, discussed below.)


Behaviorism is appropriate for maintaining discipline in the classroom, but instructional designers are more likely to use behavioural design for corporate clients, rather than schools. Corporations and government prefer Behaviourism for legal reasons: It provides documented, objective observations by a Subject Matter Expert. For example, a driving examiner documents what she saw during a test on a standardized observation checklist, and determines if the subject met the passing standard. The examiner would not issue a driver’s license based on a subjective self-report, where the subject estimates on a Likert scale from 1 to 5 how competent he feels about driving. Corporations demand results-based learning that follow SMART rules, meaning a goal must be Specific, Measurable, Attainable, Relevant, and Timely. We confirm learning actually occurred through test measurements. Corporations only have time to change observable behaviour, rather than motivation. Human Resources conditions staff by reinforcing good behaviour and weakening bad behaviour through feedback at annual performance reviews, like raises and promotions.

Does old-fashioned Behaviourism ever have a use for modern Instructional Designers?

The answer is a resounding YES! Behaviourism is still a suitable design choice for Skill and Drill teaching. Choose Behaviourism when the lesson involves psychomotor skills, when time is of the essence, and the student’s feelings and motivations are relatively unimportant. For example, when nurses must recertify their CPR (cardiopulmonary resuscitation) skills in 4 hours to maintain their registration, the CPR instructor need not provide much motivation for the nurses. The employer declares CPR is a job requirement for nurses, and the hospital must ensure all nurses maintain the standard of care for accreditation. Coaxing by the CPR instructor is almost unnecessary, unlike a film director, who is expected to provide motivation for a cast of method actors.

If you do opt for a Behaviouristic design, then at least its long history of scientific research will bolster your decision. Let’s briefly examine the origins of Behaviourism:

When can I use Behaviourism?

Use Behaviourism to teach psychomotor skills, such as keyboarding, driving, playing a musical instrument, or CPR.

So, to recap: Three pros of Behaviourism are that the outcome is (1) observable and (2) measurable and (3) conditioned by feedback. The instructor doesn't have to worry about what the students are thinking and feeling, but just needs to manipulate their behaviour. Behaviourism is good for teaching psychomotor skills within tight deadlines.

How do I make a Behaviourist lesson?

Mel is a zoo educator. Mel’s job is to encourage visitors to engage with docile animal species and discourage them from touching threatened species. Bob is a zoo visitor who likes to show off in front of his friends. The zoo’s administrator tells Mel there are too many baby rosy-legged tarantulas from a recent hatching, and they must be sold to raise money.

Mel plays mood music (Rauscher, 1993) and a light show (Mannel Grangaard, 1995) in the Creepy Crawlies Pavilion to entice visitors. Mel wants Bob to touch a rosy-legged tarantula to encourage him to purchase one from the zoo’s gift shop. The stimulus for Bob is his desire to impress his friends during Mel’s demonstration (Karmarkar, 2011).

When Mel asks for a volunteer, Bob’s response is allowing the tarantula to crawl up his arm. A positive reinforcement for Bob is the pleasurable silky feeling of this docile tarantula when he touches it (Wells, 2014). A negative reinforcement for Bob is Mel’s teasing that Bob is too cowardly until he touches the tarantula. Mel praises Bob enthusiastically in front of his friends for his bravery and open-mindedness when touching Rosie the Tarantula. If Bob subsequently buys a tarantula at the gift shop, then the lesson was successful (Nebenzahl, 2000).

On the other hand, Mel does not want Bob to touch a regal horned lizard because it is a threatened species. A positive punishment is the lizard shooting foul-smelling blood from its eyes when Bob touches it. A negative punishment is that the educator immediately turns off the mood music and light show everybody was enjoying when Bob touches the lizard. So, our unhappy Bob is left stinky, bloodied, and without a soundtrack for his life. His friends laugh at him. If, understandably, Bob later avoids horned lizards while on a hike, then the lesson was successful (Deci, 1999).

What jargon will make me sound knowledgeable about Behaviourism?

Where can I find out more?